← more from
Darla Records
Get fresh music recommendations delivered to your inbox every Friday.

A Surfer for President 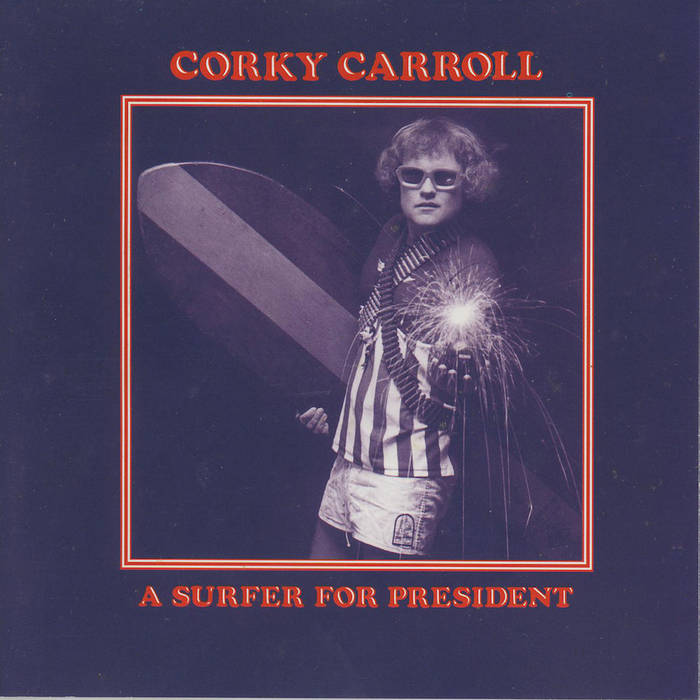 Darla Records is proud to present A Surfer for President, the surf rock cult classic originally released in 1979 on Corky Carroll's own Casual Tuna Records. Corky Carroll, who has been a showman since he began surfing professionally at 16, started his career playing music at 24 and retired from a career in professional surfing with the highest honors. Corky was put on salary by Hobie Surfboards in 1964 to become the first full time professional surfer. He won the first-ever cash-prize surfing event in 1965 and would go on to be a five-time US Surfing Champion 1966-70. His favorite achievement though, is winning Surfer Magazine's 1968 Surfer's Poll Award in which he was voted Best Surfer in the World by fans and peers.

Corky Carroll has made a dozen or so records (so far), both self-released and with backing, beginning with the lovely Hawaiiana/Californiana/Surfiana cultural artifact, Laid Back, 1971. Corky's most popular album, A Surfer for President, 1979, promoted his "fun little campaign" for POTUS - a classic Corky lark, which resulted in "more votes than most people thought possible". The single "Tan Punks on Boards" from A Surfer for President achieved gold record status - 500,000 units sold.

Corky Carroll lives with his wife, Raquel, on the beach at La Saladita, Guerero, Mexico. He records at home, surfs the world-class, reverse Malibu, 100+ yard long wave in 80 degree water every day, hosts happy surfing guests at his awesome home right on the sand and writes a hugely popular, twice weekly column for the OC Register.

Bandcamp Daily  your guide to the world of Bandcamp